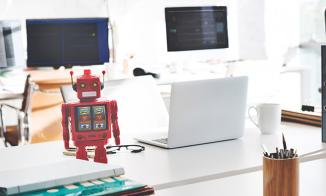 Getting advice from AI on retirement planning

Marriage, child, new job: when life circumstances change, many people think about their old-age provision. A majority (54 percent) would like to receive advice from an artificial intelligence that automatically and regularly analyses their personal life situation. Just under half (48 percent) would like to use AI advice only in addition to traditional advice, while 6 percent could do without traditional advice altogether if AI were used. This is the result of a survey of 1,003 people in Germany aged 18 and over commissioned by the digital association Bitkom. "Artificial intelligence is predestined to provide support in advising on financial matters. Here, it is primarily a matter of providing well-founded decision-making aids from a multitude of data with reference to changing life situations," says Bitkom CEO Dr Bernhard Rohleder.  Especially among younger people aged 18 to 29, trust in AI advice is high: one tenth (10 percent) would then do without talking to classic advisors altogether, and another 53 percent would like to consult AI as a supplement.

The digitalisation of the financial sector is also a topic at Bitkom's Digital Finance Conference on 1 and 2 June. More than 500 participants from the banking, FinTech and InsurTech world, as well as the technology scene, are expected. All information is available at www.finance-conference.berlin/

Find out more about this topic in Bitkom's official press release (German).